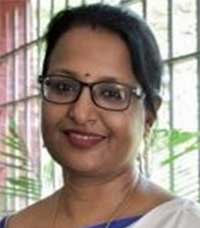 Dr. Luna Samanta received her Ph.D. in 1999 from Utkal University, India in Zoology. She was appointed as an Associate Professor of Zoology at Ravenshaw University, India in 2010. In 2014 she was promoted as Professor and Head of Department of Zoology. She was a Commonwealth Academic Fellow at the Institute of Reproductive and Developmental Biology, Imperial College London during 2012. During her tenure, her work on overlapping dose responses of spermatogenic and extragonadal testosterone actions revealed what jeopardizes the principle of male hormonal contraception. She was also the recipient of Govt. of India’s Raman-Post-Doctoral Fellowship to USA and had worked at American Center for Reproductive Medicine at Cleveland Clinic Foundation, Cleveland, Ohio, USA. Her pioneering work established the role of human sperm mitochondria dysfunction in impairment of sperm function leading to infertility in varicocele. She was able to identify a panel of potential biomarker proteins in spermatozoa for infertility diagnosis. She is the recipient of several awards, such as the Young Scientist Award by Indian Science Congress Association, Young Scientist Award of Orissa Science Academy and K. K. Nair Prize for outstanding Research Publication by University of Kerala, India. Her current research interests are focused on identifying the biological markers of oxidative stress, DNA damage, apoptosis and autophagy using proteomic research tools and bioinformatics analysis as well as environmental impact assessment using redox markers with particular reference to male reproductive functions. She is actively involved in laboratory and clinical studies assessing the efficacy of certain antioxidants.