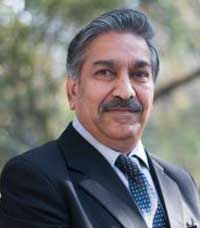 Prof. Bansal is an accomplished scientist of international repute. Currently, he is the Secretary of the National Academy of Agricultural Sciences, and Member, Board of Directors, Global Plant Council. He was the first to get selected for the prestigious Norman Borlaug Chair for crop improvement by the ICAR in India.

He has contributed significantly in the area of plant biotechnology and plant genetic resources. He has published over 150 research articles in journals of international repute including Nature Biotechnology and Proceedings of National Academy of Sciences, USA. He was instrumental in the implementation of the International Treaty on Plant Genetic Resources for Food and Agriculture (ITPGRFA) in India. He was elected as Vice-Chair from Asia for the 15th Regular Session of the Commission on Genetic Resources for Food and Agriculture of the United Nations, 2013-2015.

Prof. Bansal has won several awards: To cite a few: i) The highest award of the ICAR for an individual’s contribution – the Rafi Ahmad Kidwai Award, ii) An award of the Indian Science Congress conferred upon by the Hon’ble PM of India, iii) Biotech Career Award of the Rockefeller Foundation, USA, iv) Recognition Award of the National Academy of Agricultural Sciences, and v) the prestigious Haryana Vigyan Ratna conferred upon by Hon’ble Governor and Chief Minister of Haryana. Recently, Prof. Bansal was awarded the 2nd highest award of the National Academy of Agricultural Sciences by the Hon’ble Minister of Agriculture, Govt. of India.Prof. Bansal has supervised over 20 doctoral students, and imparted training to over 300 scientists at national and international level. Many of his students got national level awards like Jawaharlal Nehru best thesis award of the ICAR, National young scientist awards and the IARI Gold Medal.

He took an unprecedented initiative to evaluate the entire wheat germplasm (~ 22000 accessions) conserved at the Indian National Genebank, and identified trait-specific reference sets. Prof. Bansal served as Vice-Chair (Asia), Commission on Genetic Resources for Food and Agriculture, FAO, United Nations (2013-15).  He is recipient of the Indian Science Congress award conferred on him by the Prime Minister of India, and the Haryana Vigyan Ratna (Highest State Science award).

As Director of the NBPGR, Prof. Bansal was conferred upon the Research Leadership Award for his outstanding contributions in research, education, science coordination and management. He is Fellow of the two prominent Science Academies of the country – i) National Academy of Agricultural Sciences, and ii) the National Academy of Sciences, India.